written by Markus on 11. April 2015
Posted in Log, Photography & Travel

And what better to start off the second (but weirdly earlier) blog-post about the beautiful (former) capital of Polska, Kraków, than the food that has reached even the far shores of Vienna: pierogi! Please do not mind that Vienna does not actually have any shores. 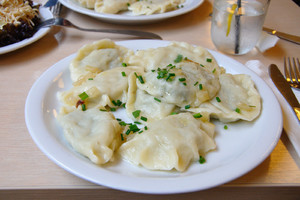 We naturally got around a bit of sight-seeing. St. Mary's Basilica, can be seen from all around the market square and it can be heard as well. The traditional bugle is played every hour during the day.

The market square has lots of nice things … and then it has pigeons. Literally hundreds. To really understand this problem you have to know that – it appears to me – feed pigeons is a citizens sport in Kraków. In Vienna you will get fined when they catch you, in Kraków people literally take begs with old white bread and dump it in parks.

And here you see some people who have fallen to pigeon-worship. 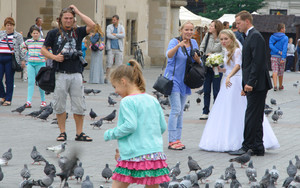 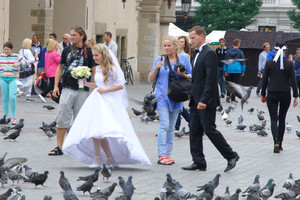 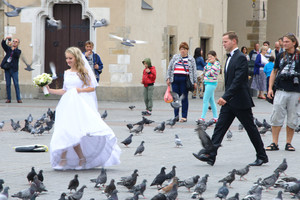 On the other hand the market-square also has some living statues that appear to receive a massive amount of silent and not so silent abuse. I tried to stay in the background, capture the feeling behind the scene. 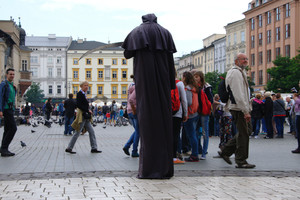 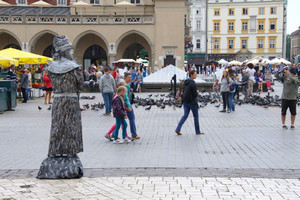 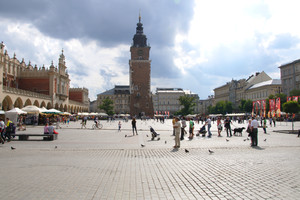 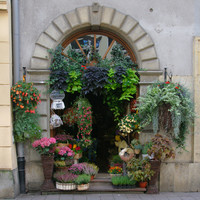 We also had enough time to see and explore Kazimierz (Yiddish: קוזמיר / Kuzimyr) for a bit. With it's large Jewish quater it was and is one of the cultural centers of the city. We also went to a Jewish museum and the Kraków Museum of Mordern Art (which was exellent), but I did not take any pictures. 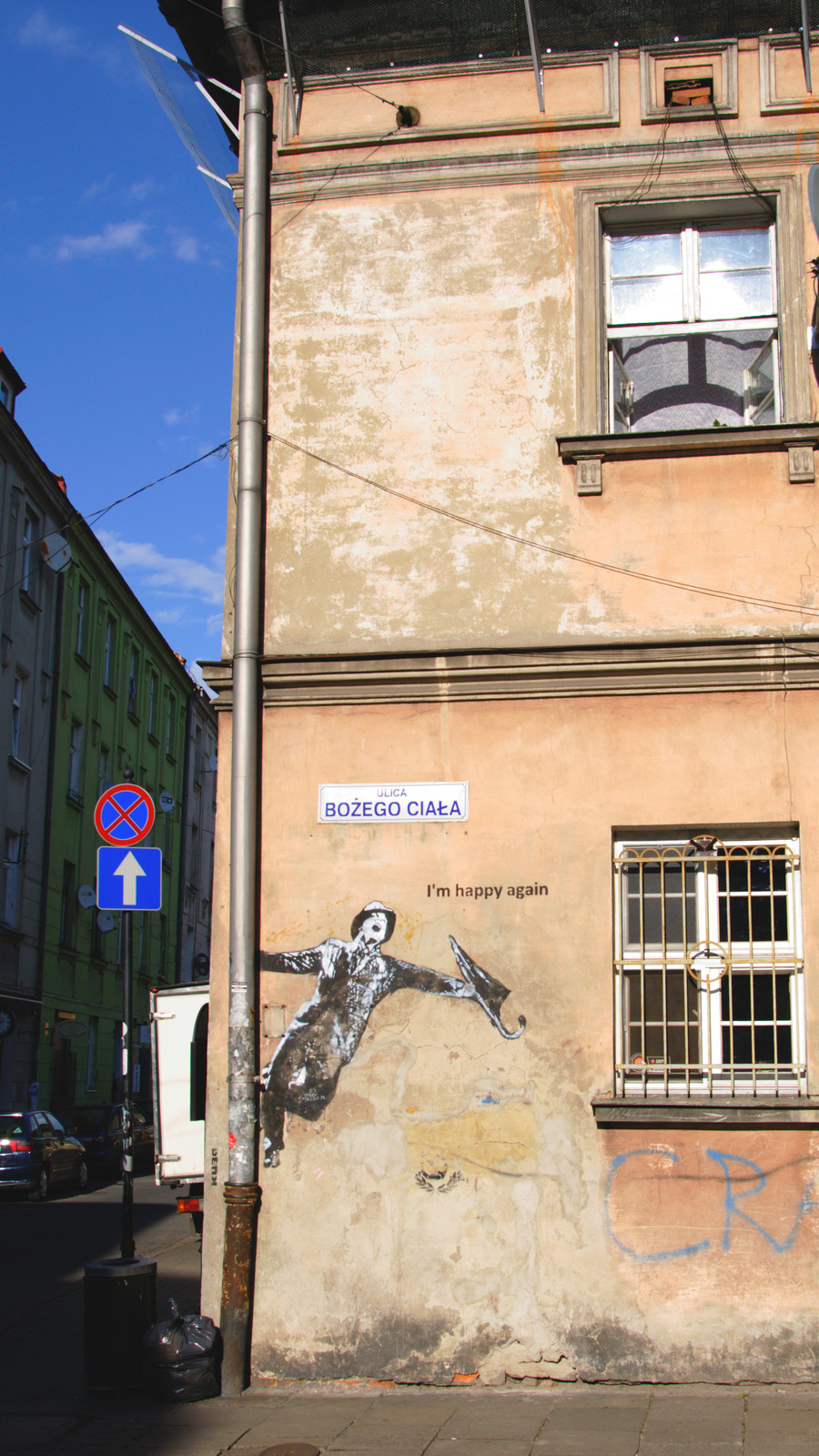 While staying in Kraków we usually went out for lunch and dinner and I got to see lots of different cafés and restaurants. From old Polish, to hipsterish and plain modern. 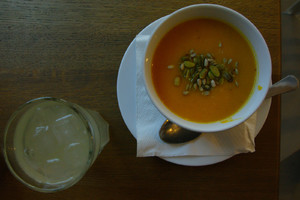 We also found this nice place, with a very young waiting-staff, which had lovely and very healthy food. 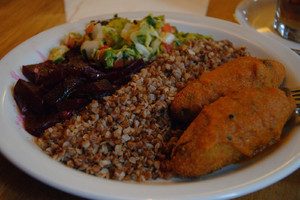 And then we had some lovely cake (brownie and some tarte, I believe) at NapNap, around the corner from the Market Square. 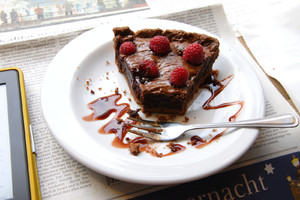 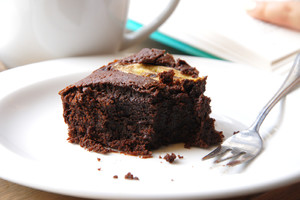 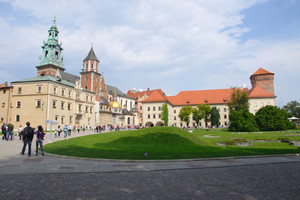 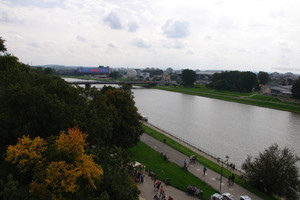 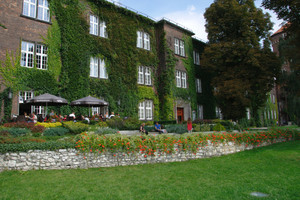 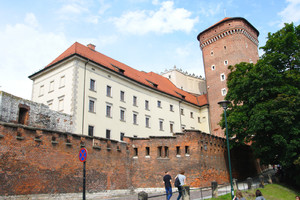 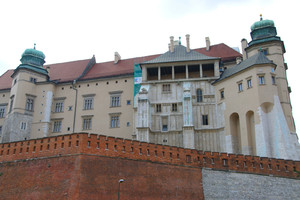 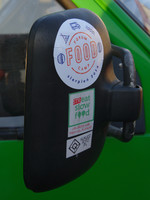 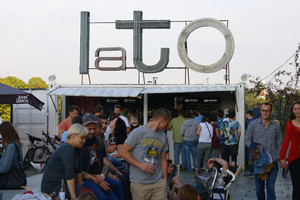 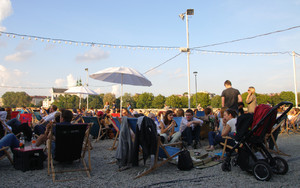 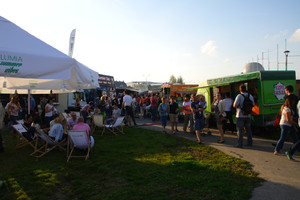 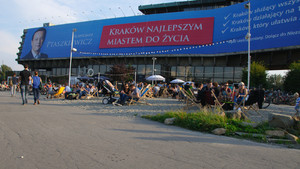 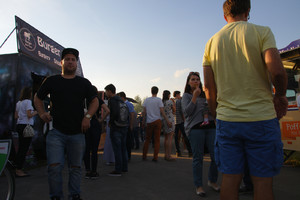 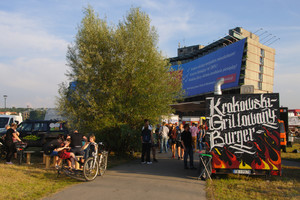 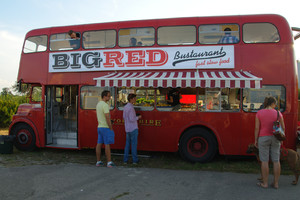 I have already talked about Milkbar Tomasza. Located on Tomasza Street (hence the name) it's perfectly placed to have a lovely breakfast when you just arrived at the main train station. 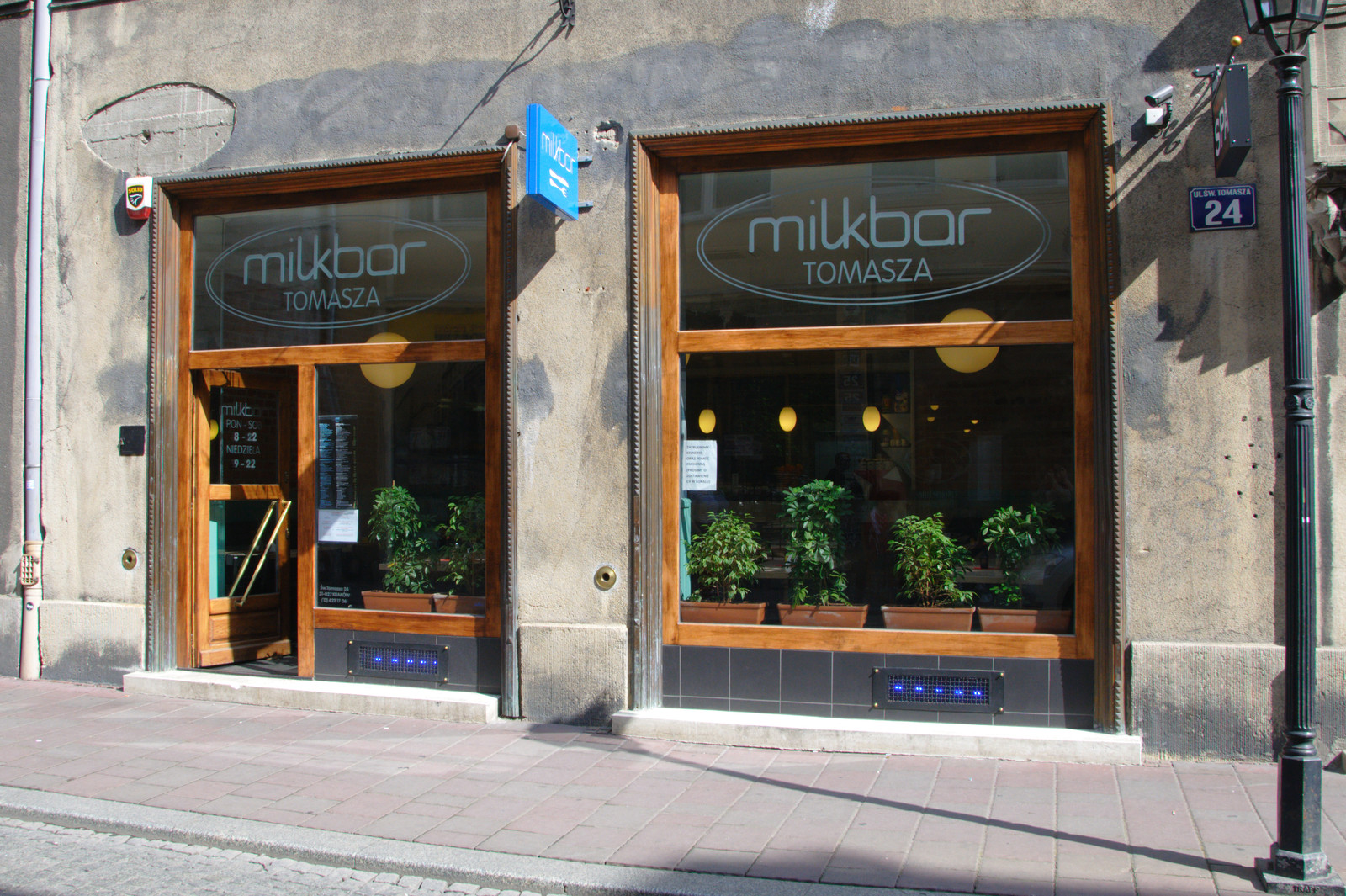 Le Petite France is just across the street from Milkbar Tomasza and is lovely as well. Authetic french food (including frog's legs, if you enjoy that kind of thing) and even a small shop is attached where some French products can be bought – think maroné paste in a tube ;) 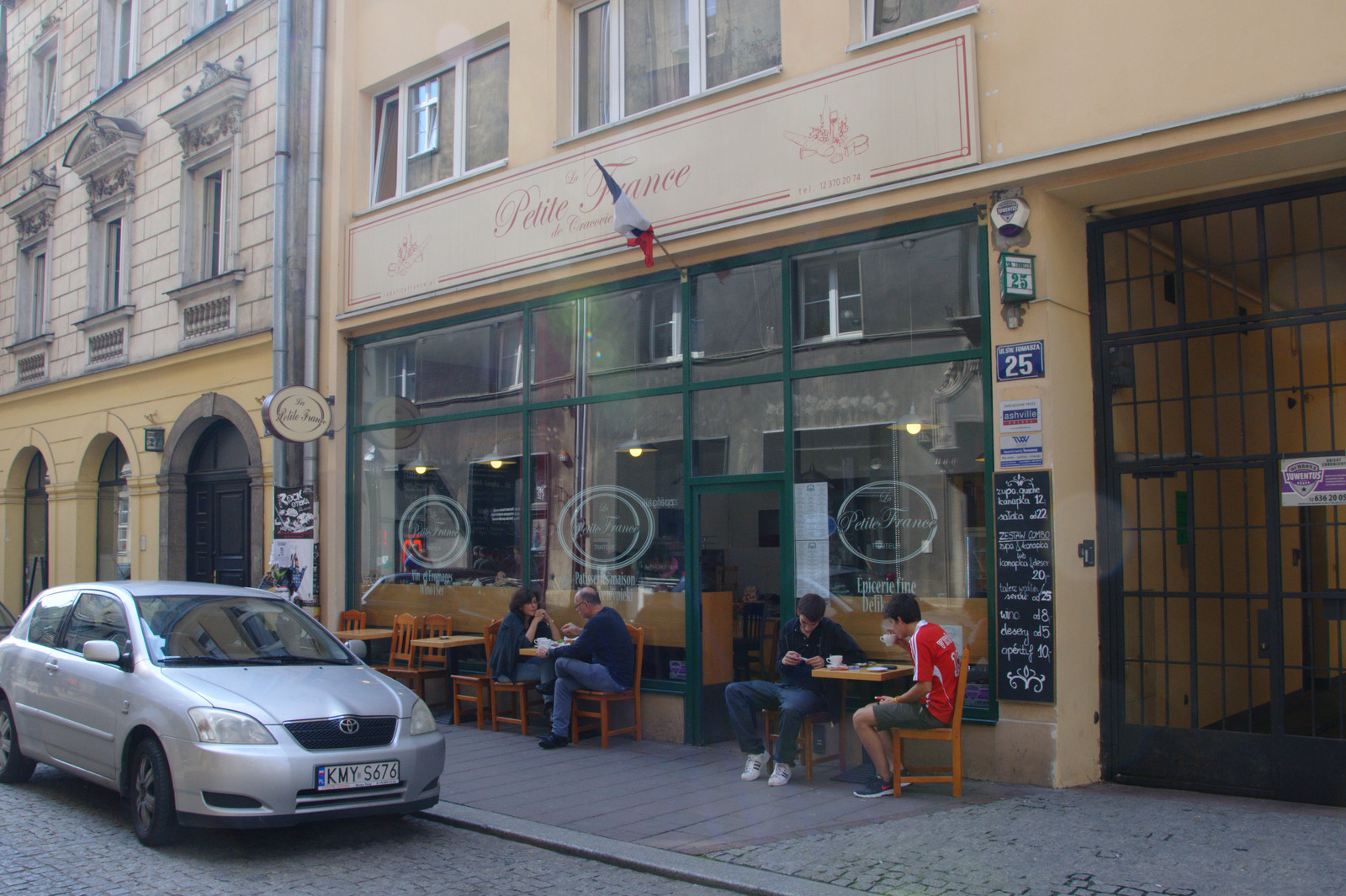 There is also traditional krakówian white bread, which is called "Obwarzanki". I really liked it although it is not filled, have it with something green! 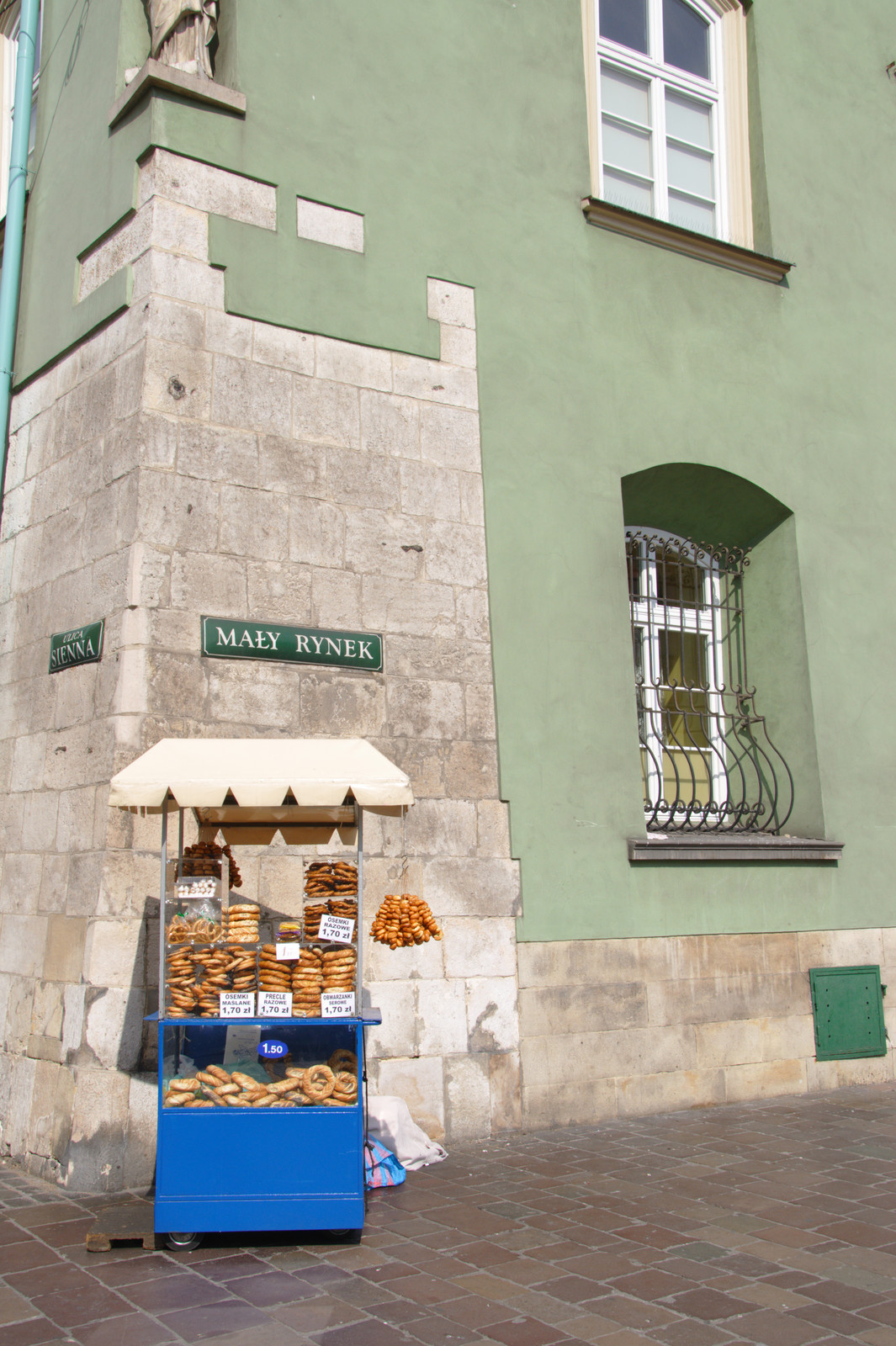